A look into how and why we came to exist.

Most people know AVC as the group that opposed the NewVistas development. What people may not know is that at our formation in August of 2016 as a 501(c)3 non-profit we decided to state what we didn’t want, and work at what we did want for our communities. The Alliance is active in partnering with local and state organizations to create a positive, thriving place that builds on its agrarian and forest related roots and continues to be a place where we hunt, hike and connect with the land.

The threat of losing some of the working landscape within the four town region of Royalton, Sharon, Strafford and Tunbridge to a an unsustainable development known as NewVistas galvanized a group of dedicated community members into taking action. The resulting grassroots movement to protect our communities led to the founding of the Alliance for Vermont Communities in the summer of 2016.

Together we have had success in educating our local communities and the state to the proposed development. We worked to inform our neighbors and bring the potential threat to the state’s attention. As we work toward a brighter future for the area we must become a strong organization with excellent leadership and sustainable funding. We believe our presence is essential to protecting this area for present and future generations living here in central Vermont. We will engage with our community to help our organization better understand local and regional needs, and help us to be more effective in our work to develop a thriving local economy and community.

NewVistas was a corporate run development of 20,000 people proposed to be centrally located within the four towns of Royalton, Strafford, Sharon and Strafford. NewVistas was engineered to be massively scalable; the buildings are designed to be modular and built in a factory for large-scale production and simplicity. The NewVistas project was abandoned here in Vermont, but David Hall plans to continue development in Utah and elsewhere in the world.

Who is David Hall?

NewVistas was founded by David Hall, a Utah resident who has invested over $100 million and more than 20 years of research into this project, which is based on Joseph Smith’s Plat of Zion (circa 1833). In less than two years he purchased over 1500 acres in Vermont.

Vermont is unique – one of the few states where you can grow or hunt your own food, give back to the land as much as it gives you, recreate in the beautiful landscapes among the hills and valleys, and know your neighbors.

Listen To The Story: 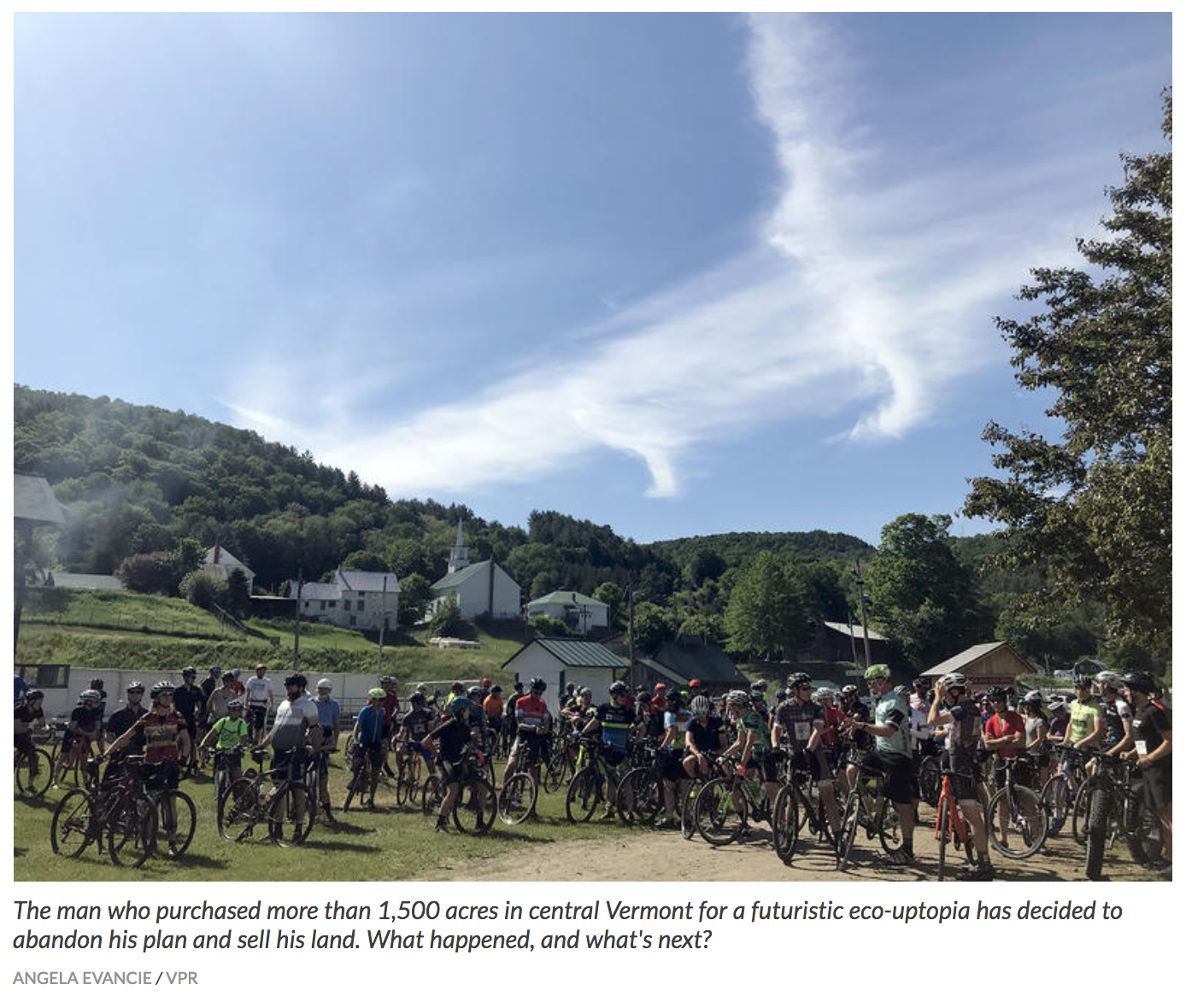 What are we up to now?

For the past two years, the Alliance for Vermont Communities (AVC) has served our region by working to protect working farms, forests, and our rural heritage from unsustainable development. Through our grassroots efforts of facilitating community dialogue, working with town officials, hosting events, and forming key partnerships, we successfully stopped the largest threat to our communities, the NewVistas development.  We will continue to keep a vigilant eye on the actions taken by NewVistas until David Hall has divested himself of his Vermont holdings.

With AVC’s support, the surrounding communities have developed strong communication and organizing power towards creating a vibrant future for our region. We are at an important time to strategize our role in this effort.  We would like to leverage the current momentum to advance sustainable development focused on the land-based economies of agriculture, forestry and recreation, with the participation and support of local community members and grassroots activism.

Our presence as a facilitator and advocate working to promote sustainable initiatives and place-based projects is meaningful in creating a vibrant and inclusive region now and in the future. Now is the time to leverage the energy and enthusiasm of community members.

Our four towns and Vermont have pressing needs. We need long-range jobs, economic opportunity for entrepreneurs, farmers, foresters and creative artists, and increased recreational choices for residents and visitors. These are the building blocks that The Alliance for Vermont Communities has set as our goals in the coming years.

The Vermont Council on Rural Development (VCRD) has recently announced that for the first time, they will be leading a four town community planning visit in Royalton, Sharon, Strafford and Tunbridge in 2019. The invitation for this initial conversation came from the Alliance. The VCRD is a specialist in community-focused development and we are delighted to have them here in our communities to catalyze the next phase of community-engaged efforts. We see this process significantly shaping the AVC’s work in the year ahead as we play a supportive role in our communities moving forward. We recognize the future success of Vermont’s rural communities may lie in our collective ability to find creative new approaches to deal with our common issues, and we are prepared to assist through on-the-ground coordination. We are excited for the opportunity to be a part of innovative new approaches to solving regional issues and to see new leaders emerge within our communities.

Media kits can be made available to publications through emailing info@alliancevermont.org