Past Natural History Outings at the Ashley Community Forest

The Alliance for Vermont Communities in partnership with the Vermont Center for Ecostudies  (in 2019) were glad to offer a series of hikes led by local naturalists at the Ashley Community Forest, a beautiful 256-acre wooded area which straddles the Sharon and Strafford boundary.  The walks were free! 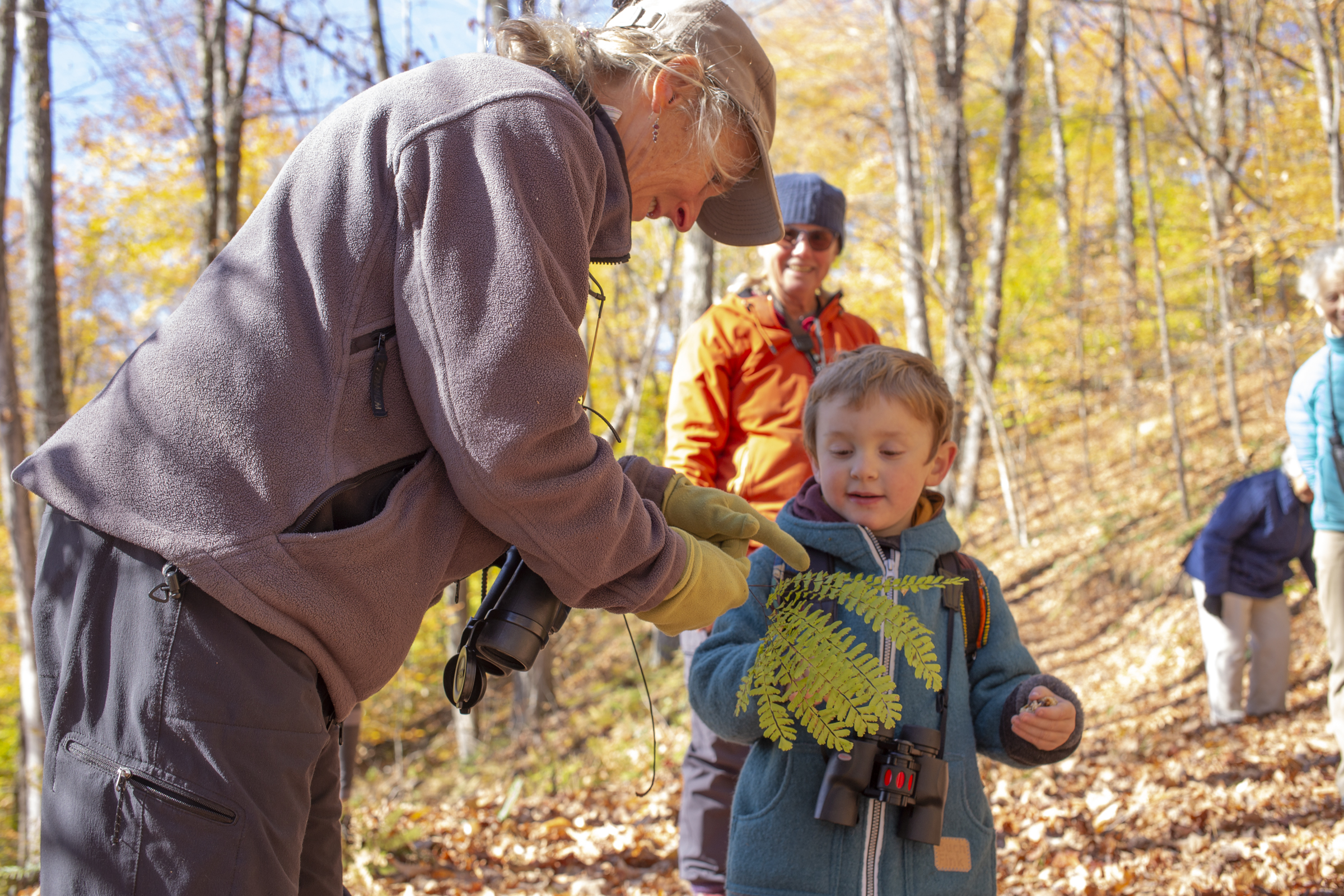 Naturalist Walk  on Sunday, October 11, 2020. Local naturalists Micki Colbeck and Tii McLane led a walk in the woods  exploring ferns, mosses, flowering plants, and birds as we hiked the Ashley Community Forest located on the boundary of Sharon and Strafford.

Reading the Landscape with David Paganelli, Orange County Forester, on Sunday, October 18, 2020. Using a sharp eye for clues, David revealed past uses of the the Ashley Community Forest and ways to interpret any wooded landscape. The site is rich with remains to its past as a sheep farm including beautiful stone walls and foundations. 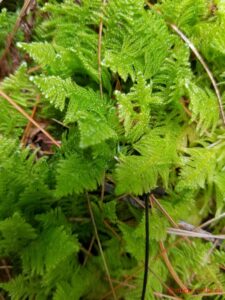 Bedrock Geology of the Ashley Community Forest with Peter and Thelma Thompson on September 28, 2019 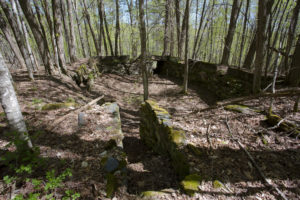 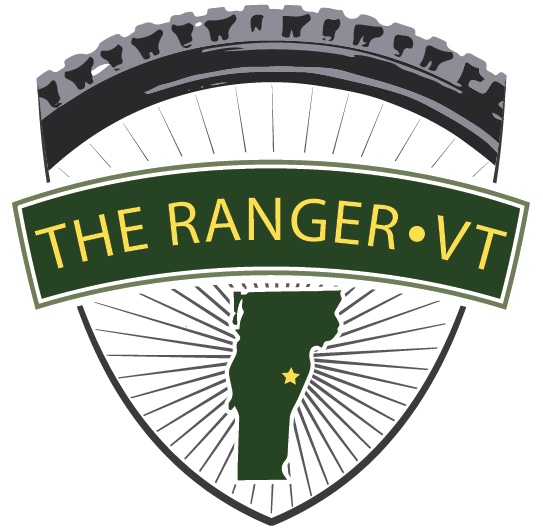 “We’re on a mission with our partners to bring people together, get more butts on bikes and leverage the influence of the greater recreational community to create action around issues relating to our changing climate and rural economic development here in Vermont.” Due to the pandemic, the 2020 Ranger event scheduled for June 14, 2020 carried on through a virtual event called “Backyard Dirt” organized by event coordinator and former AVC board member Alex Buskey.

Over 280 people participated in Backyard Dirt and over 10,000 miles were logged by riders all around the country and even internationally! Riders from cities as large as Miami and towns as small as Tunbridge all took part in riding from their front doors in search of dirt. Each participant was challenged to find a section of dirt from their homes and pause to reflect on how they have turned to these special places during tough times in the past and think of how they will turn to them in this time of growth as a society.

After the ride, riders, community members and anyone wanting to join were invited to our ‘Party In The Pasture” celebration. Local bands, Haywire, and Sensible Shoes kept the vibe light and fun while our friends at NOFA-VT, Farmers & Foragers and Kiss The Cow Farm served up some delicious eats. Our 1987 Ford Falcon photo booth, equipped with costumes, and Cow Pie Bingo kept folks entertained and of course we can’t forget the beer… 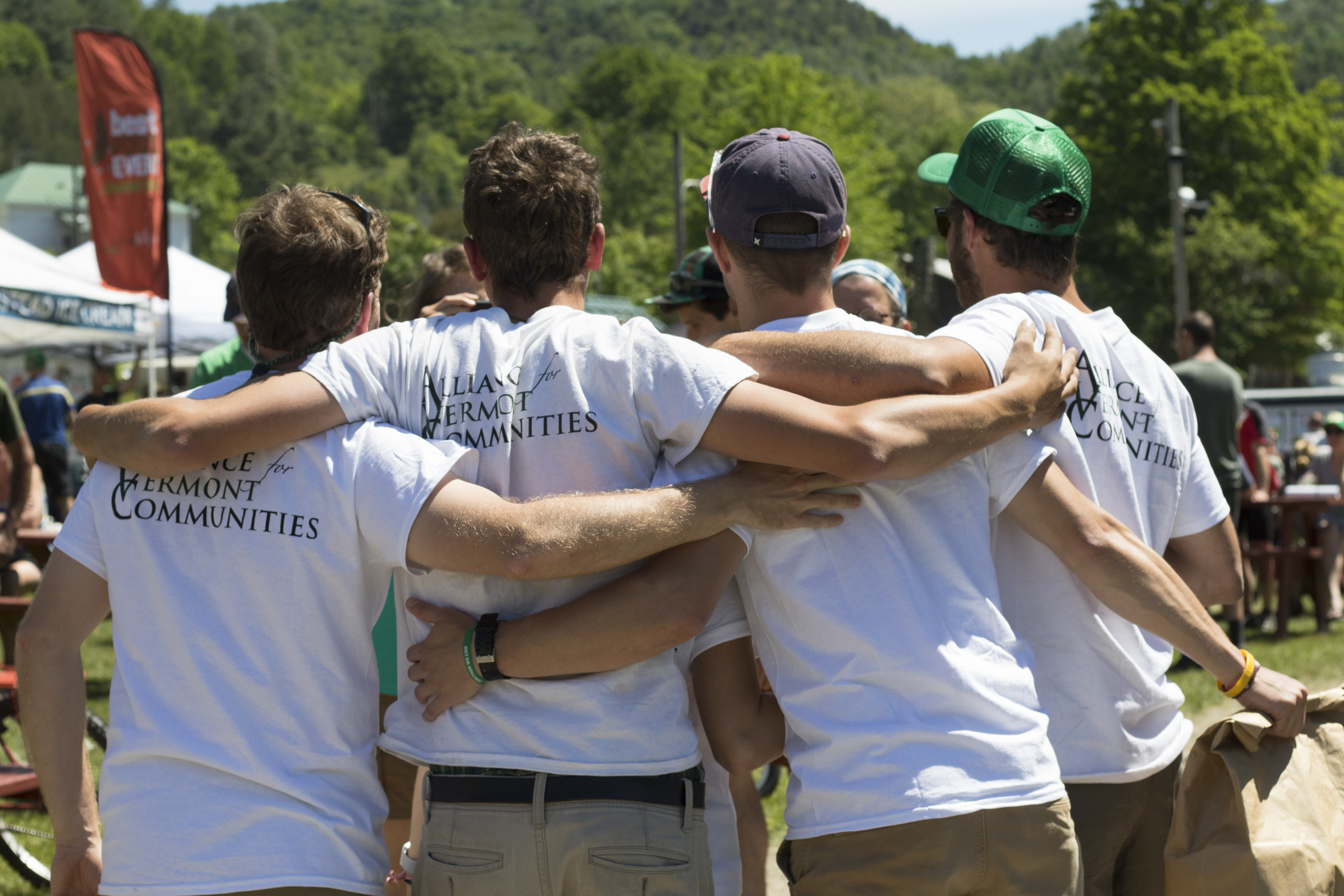 We are so lucky to have the good people and the fine beer at Brocklebank Craft Brewing and Upper Pass Beer Co. in our communities. Tunbridge is known as the town with the most breweries per capita. The Alliance for Vermont Communities’ phrase Together We Can  has begun to take on much more meaning for our organization and our communities. Brocklebank and Upper Pass took this message to a new level brewing a beer together, called, “Vermont Summer Ale- Together We Can”,  and donating a portion of the proceeds to the AVC. 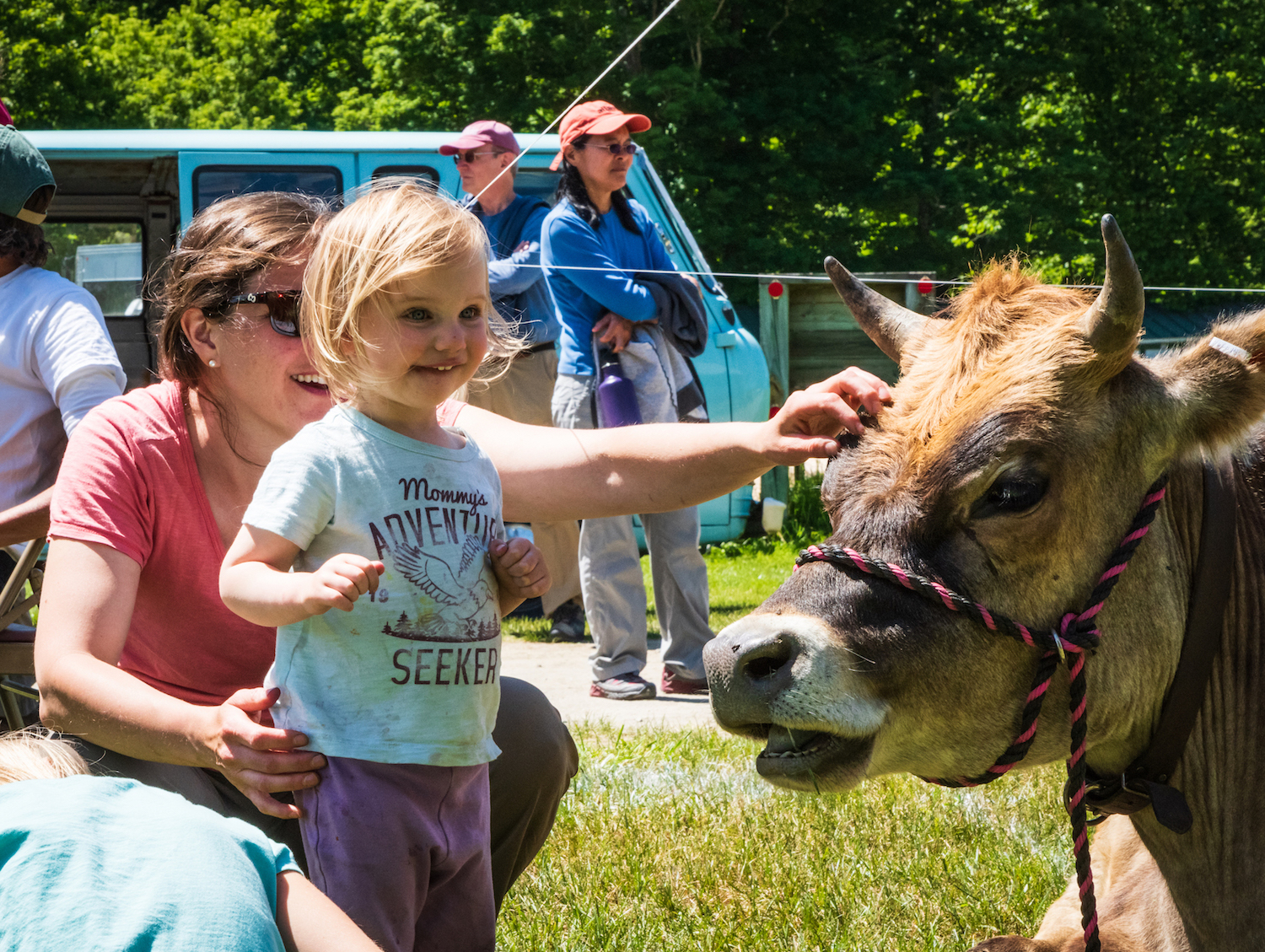 “A viable neighborhood is a community: and a viable community is made up of neighbors who cherish and protect what they have in common.”

Volunteers have come together to haul out tires, scrap metal, beer cans, and even an old camper.